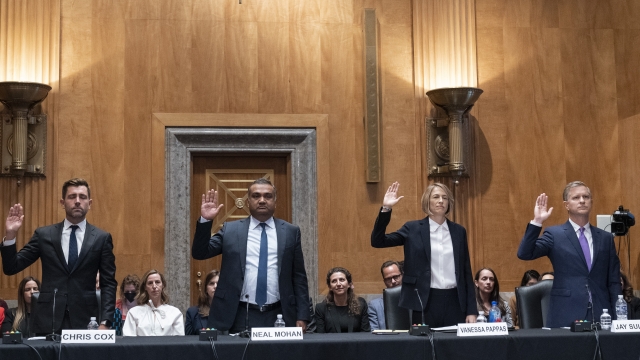 Executives from Twitter, Meta, TikTok and YouTube met with Congress on Wednesday to address concerns that content on their platforms could be harmful to homeland security. Specifically, senators wanted to know what the companies are doing to mitigate extremism and foreign influence campaigns. Much of the conversation landed on TikTok.

Democratic Sen. Gary Peters of Michigan asked why it took so long for these platforms to take QAnon seriously. The movement spread widely with the help of social media. He noted that it took these companies years to ban QAnon content and referenced a Public Religion Research Institute report that found 16% of the American population think the conspiracy is real.

"We're fundamentally an advertising platform," said Neal Mohan, YouTube chief product officer. "I have firsthand experience myself over the years when they feel that sort of content is on our platform, that they walk away. And so we have not just a moral imperative — that's my top priority, living up to our responsibility — but it aligns with our business goals." 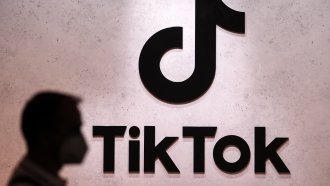 A large chunk of the conversation was focused on whether a direct relationship exists between TikTok's parent company, based out of China, and the Chinese government. There are concerns that the government may ask the company to turn over data on U.S. users. Republican Sen. Rob Portman of Ohio repeatedly pressed TikTok's chief operating officer on whether the company would cut off data access to the country and Chinese TikTok employees.

Missouri Republican Sen. Josh Hawley also inquired about the relationship between TikTok and the Chinese government.

"Would it surprise you to learn that Forbes magazine recently reported that at least 300 current TikTok or ByteDance employees were members of Chinese state media and affiliated with the Chinese communist party?" Sen. Hawley asked.

"We don't look at the political affiliations or can't speak to individuals, but what I can tell you is we're protecting the data in the United States," Pappas said.