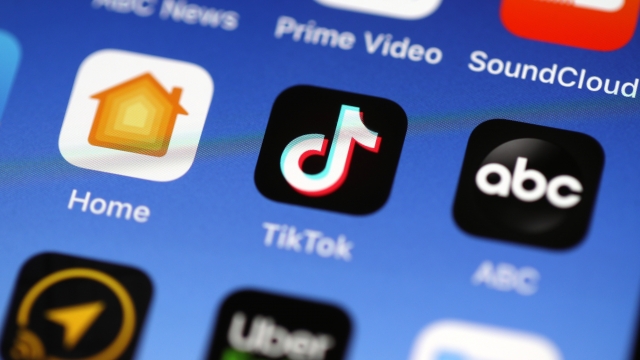 SMS
What Do We Know About TikTok's National Security Implications?
By Tyler Adkisson
By Tyler Adkisson
November 5, 2019
TikTok is a Chinese-owned company, and lawmakers worry it may be sending U.S. users' data to its government. There's not much evidence to prove this.
SHOW TRANSCRIPT

In recent months, U.S. Senators have called for investigations into Chinese-owned social media app TikTok, over potential risks it could pose to national security. The latest is a Senate hearing which examined, among other things, the risks of censorship or even data theft through TikTok.

"In a letter submitted just today to this committee, TikTok said this: “no governments, foreign or domestic, direct how we moderate TikTok content," said Sen. Josh Hawley. "But that’s not what former employees of TikTok say. Today, the Washington Post is reporting that TikTok’s Chinese parent company imposed strict rules on what could appear on the app."

But there's less evidence that ByteDance is collecting user data, at least on an ongoing basis in the U.S. In Summer 2019, ByteDance hired a US-based auditor to review its data practices. The auditor concluded that there was no reason to believe that U.S. user data was being sent to China. However, experts in the hearing noted that this may not always be the case.

"Americans are confronting deep, systemic risk when using platforms operating in, and owned by companies in countries with a history of cyber espionage and forced tech transfer," said Kara Frederick, a fellow with the Center for a New American Security. "Private Chinese technology companies ability to resist their government is highly circumscribed at best, due, in part, to a series of national laws and standards that are broadly written and ultimately compel these companies, like TikTok’s parent ByteDance, to comply with government requests for data."

Beyond the current threats to free speech or privacy, some experts are also concerned about how TikTok fits into the ongoing struggle between U.S. and Chinese tech industries.

"For decades, countries like China and Russia have pursued a deliberate strategy of using their foreign policy and intelligence communities to copy and to steal American technologies," said Klon Kitchen, a fellow with the Heritage Foundation. "If left unaddressed, this could pose a challenge not only to our economic security, but also our greater national security."