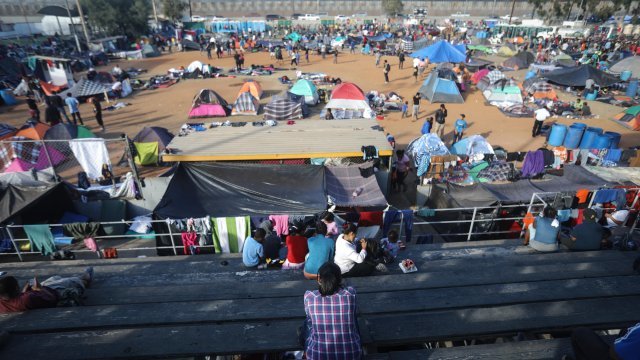 By Sebastián Martínez Valdivia
November 24, 2018
The mayor is a member of Mexico's major opposition party, putting him politically at odds with the country's leadership.
SHOW TRANSCRIPT

The mayor of Tijuana says the United Nations should step in to help with the thousands of migrants who've arrived in the city over the past weeks.

In a press conference, Juan Manuel Gastélum accused the Mexican government of neglect in allowing the migrants to cross the country. He vowed not to spend Tijuana taxpayer money on what he called a humanitarian crisis.

According to the mayor, the number of newly arrived Central American migrants in the city is close to 5,000. The arrivals have drawn protests from some city residents, who have called for the migrants to be removed.

That said, there's also a potential political angle to the mayor's comments. Gastélum is a member of the National Action Party, which has been a major opposition party to President Enrique Peña Nieto.

U.S. President Donald Trump has threatened to close the Mexican border if, he said, the situation gets "uncontrollable."