Anniversary Of Tiananmen Massacre Sheds Light On Censorship In China 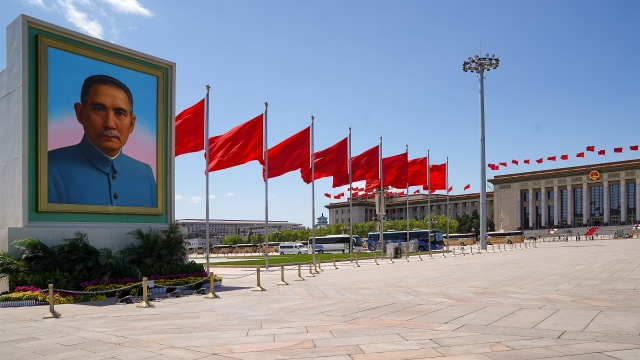 June 4th is the 30th anniversary of the bloody Tiananmen Square crackdown. But you probably wouldn't see any images or references to the massacre online in China.

Largely automated censors reject any posts that reference dates, images and names associated with the student-led, pro-democracy demonstrations. The 1989 massacre is not taught to students in Chinese schools or mentioned on local television.

The protests started after the death of former Communist Party leader Hu Yaobang in April 1989. He tried to bring democratic reform to China and oversaw the purging of corrupt and incompetent members from the Communist Party. His death sparked protests and sit-ins across the country, calling for free speech, freedom of the press and democracy. The demonstrations garnered over a million people at their peak.

The movement came to a halt on June 4, 1989, when an estimated 30,000 soldiers broke up protests in Tiananmen Square, Beijing, by force. They fired semi-automatic weapons into crowds and ran down protesters with tanks.

There's no official total of how many people died that day. Estimates range from hundreds to thousands. China's Red Cross said some 2,600 people were killed.

Following the Tiananmen Square massacre, China launched what media outlets call a campaign of censorship, an attempt to remove the event from public memory. And it's been partly successful. The Washington Post reports that hundreds of millions of people in China don't know what happened on June 4th.

For example, you might recognize images like this — commonly known as "Tank Man." But it won't show up in searches in China, making it difficult for younger generations to research the events. A study from the universities of Hong Kong and Toronto found that at least 3,237 key words referencing the massacre are censored. Spreading information about sensitive topics online in China is punishable by fines or even jail time.

But censorship doesn't keep the world from marking the anniversary of the Tiananmen Square crackdown. Every year, there are commemoration ceremonies, and in April a June 4th Museum opened in Hong Kong.