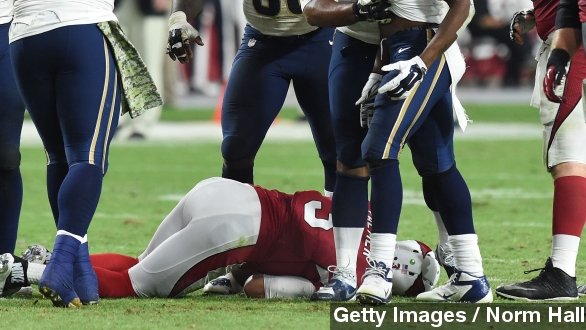 Thursday Night Football is back for 2015, the NFL and CBS announced Sunday.

Although the NFL and CBS are applauding the partnership again, NFL players, coaches, and even fans are almost certainly dreading it.

Here are just a few of the headlines from this season's Thursday night games. There are complaints of non-competitive games, shortened practice weeks, and, most importantly, player safety.

"I really, really believe it's egregious on the part of some of the players. Some of these guys simply ain't ready. ... I don't think there's any need for it whatsoever. I just think it's the NFL showing its gluttonous ways," ESPN's Stephen A. Smith said.

But none of this is to say the NFL will be stopping TNF anytime soon.

Last year, despite all those complaints, viewership of the Thursday games was the highest it's ever been, pulling in an average of 12.3 million viewers and consistently winning over Thursday night audiences.

And The Wall Street Journal reports the move also helped CBS's other shows, like "The Big Bang Theory." The outlet says the hit show started airing Mondays, then moved to Thursdays after the NFL games were up for the season, and improved viewership for CBS's Monday show "Scorpion." A win-win for the NFL and CBS.

Sunday's contract announcement features an NFL-controlled option for the 2016 season.