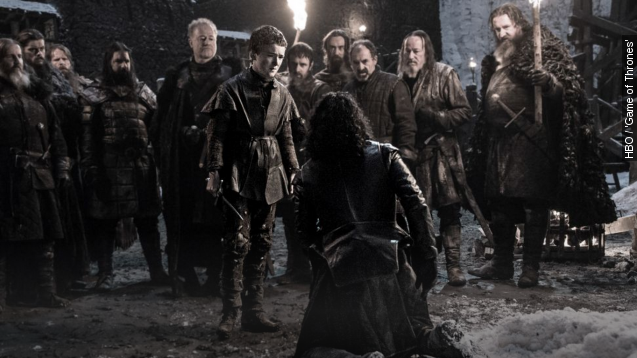 Our weekly recap vidcast discusses Dany coming full circle, the shamiest shame walk of all time, and, you know, that one death.

Daenerys is finally out of Meereen ... and literally right back where she started. - 2:39

An incredibly touching scene about incest, then death. - 5:16

The incredibly awesome murder of the dastardly Meryn Trant. - 6:32

Could there be anything more awesome than a blind, faceless assassin? - 7:15

Which was more shocking: The Red Wedding? Or, you know, that one scene from this episode?  - 8:43

This video includes images from HBO / 'Game of Thrones' and TheCulinaryGeek / CC BY 2.0 and music from Bensound / CC BY ND 3.0.

Always connected, Kyle spends his days patrolling the depths of the Internets in an eternal quest to discover the trending stories and the best social media strategies to promote them. Likes: Dallas Mavericks basketball, his Jeep Wrangler, good puns. Dislikes: Internet trolls, people who chew with their mouth open, pushy retail people. @kyle_luke