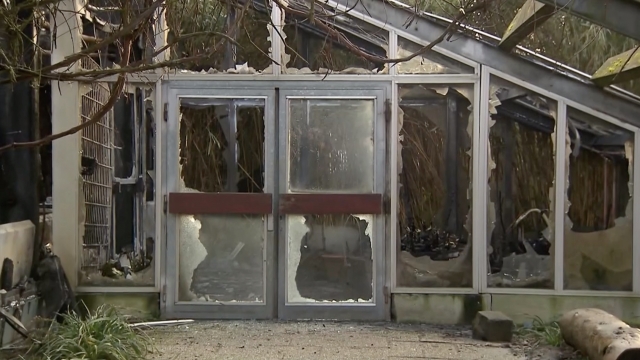 Three women are under investigation for setting off a massive fire at a zoo in Germany, killing more than 30 animals.

Police believe the fire was started by sky lanterns released illegally by a mother and her two daughters to celebrate the new year.

Officials said the fire appeared to have started at the zoo's ape house, killing five orangutans, two gorillas, a chimpanzee, and several monkeys. A number of birds and bats were also killed.

In an interview with German media, the zoo's director said it was his darkest day.

Police said the three women turned themselves in to authorities after witnesses reported seeing the lanterns in the sky near the zoo that night. Investigators recovered some of the lanterns, which had handwritten notes on them.

Sky lanterns have been banned throughout most of Germany for a decade. The women reportedly told police they did not know the lanterns were illegal. They face negligent arson charges, which can carry an up to five-year prison sentence.