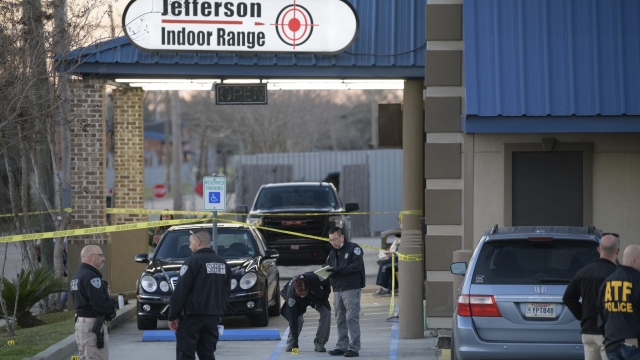 Three people are dead, while others are recovering after a shooting at a New Orleans gun store over the weekend.

People in the weapons shop said it sounded like "a war" breaking out.

Authorities say a man walked into Jefferson Gun Outlet in Metairie, Louisiana – a New Orleans suburb – Saturday afternoon and began firing. Employees and other customers fired back at the shooter.

Wanetta Joseph, a student taking a conceal carry class said, "Well we were in class and, of course, we could hear the normal shooting from the gun range. But then it got kind of extremely loud, like a bomb almost, and it was rapid. And so I immediately stood up in class and said, that doesn't sound normal."

The shootout continued into the parking lot of the store. Two people were injured and the 27-year-old suspect is among the deceased.

Also dead, according to no-la. dot com: a 47-year-old married father who worked as a clerk at the store.

The Jefferson Parish Sheriff's Office says it is still trying to determine what sparked the shootings.