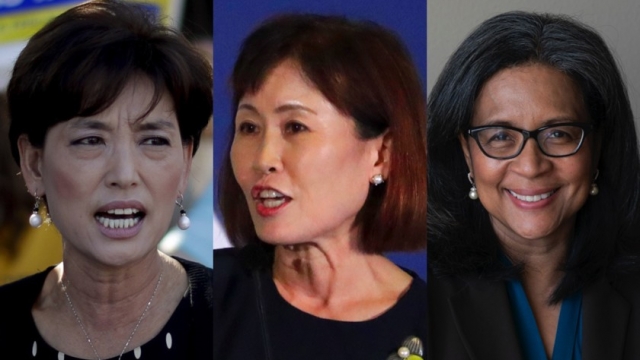 While most eyes have been focused on the historic presidential election and Vice President-elect Kamala Harris becoming the first Black and Indian-American woman to be elected, the House of Representatives was also seeing some history-making.

This year, three Korean-American women were elected to Congress, a gender first in the nation's history.

Republicans Young Kim and Michelle Steel both won seats in Southern California districts. Kim served in the California Assembly for two years and Steel was the former chairwoman of the Orange County Board of Supervisors. They're long-time peers and say they'll continue to work alongside each other in the future.

Steel said, "You can be sure we’ll be helping one another, doing projects together."

Marilyn Strickland, a Democrat form Washington, is Black and Korean. She represents her state's 10th district which includes areas from Olympia to Tacoma, Washington.

Strickland made note of how her biracial identity factors into her work. She said, "There are still issues of inequities we need to resolve ... and though I understand my duty to my past, I’m also here to represent all of my constituents."

They follow Jay C. Kim, who was the first Korean-American Congressman, representing suburban Los Angeles in the 1990s. The three newly-elected officials will be sworn in next January.