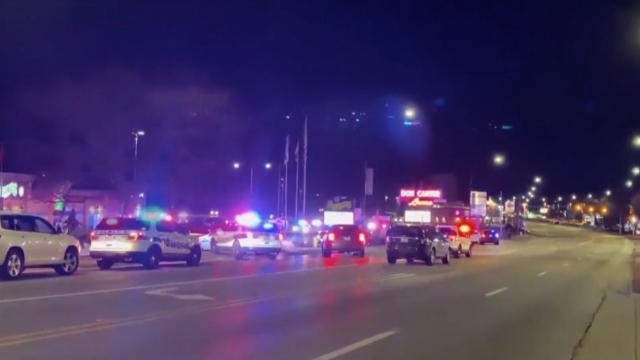 Three people were killed and three others injured after a gunman opened fire Saturday night at a bowling alley in Rockford, Illinois.

Authorities described the killings about 80 miles northwest of Chicago as a "completely random" attack.

Duke Webb, a 37-year-old Army sergeant, is in custody.

The Rockford police chief said two of those injured were teenagers who were picking up food at the time of the shooting. The third person was listed in critical condition.

Those killed were all men between the ages of 65 and 73.

Webb has been charged with three counts of murder and three counts of attempted murder. He was reportedly on leave from his Army intelligence post at Eglin Air Force Base in Florida.