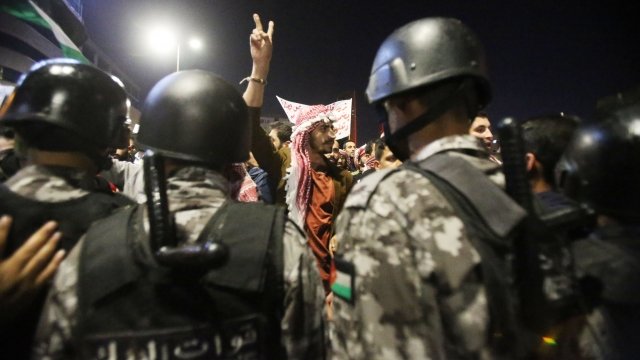 Three Gulf states have promised to give Jordan billions of dollars as the country deals with mass protests over the government's austerity measures.

According to a joint statement from Saudi Arabia, Kuwait and the United Arab Emirates, the three nations pledged $2.5 billion in aid.

Earlier this month, angry protesters across the country started demonstrating against a series of price hikes and an income tax reform bill.

The protests prompted Jordan's prime minister to step down last week. The former education minister has taken his place.