Three Explosions In One Day Kill Dozens In Kabul 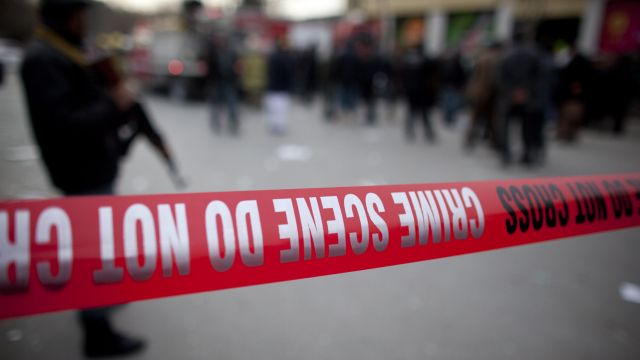 The Taliban has claimed responsibility for two of the three attacks.

Twin bombings Monday in Afghanistan's capital city of Kabul were followed by a third explosion.

In a statement, the Taliban claimed responsibility for the first two attacks, which targeted the Afghan Defense Ministry. The local government said at least 24 people are dead, including several Afghan officials. More than 90 people were wounded.

SEE MORE: At Least 13 Dead After Attack On American University Of Afghanistan

The first explosion occurred at the end of the workday, as government employees were leaving the highly protected compound. Another bomber detonated his device after some rescuers had arrived on the scene.

Responding to the attacks, Afghan President Ashraf Ghani said in a statement, "The enemies of Afghanistan have lost their ability to fight the security and defense forces of the country and thus attack highways, cities, mosques, schools and common people.”

Kabul has suffered a string of attacks this summer. Less than two weeks ago, 13 people were killed at the American University of Afghanistan.

Government leaders have been preparing for a conference in Brussels next month regarding Afghan security forces' inability to combat increasing Taliban violence. Foreign donors are expected to pledge continuing support.