Bourbon: One Of The All-American Targets For Counter-Tariffs 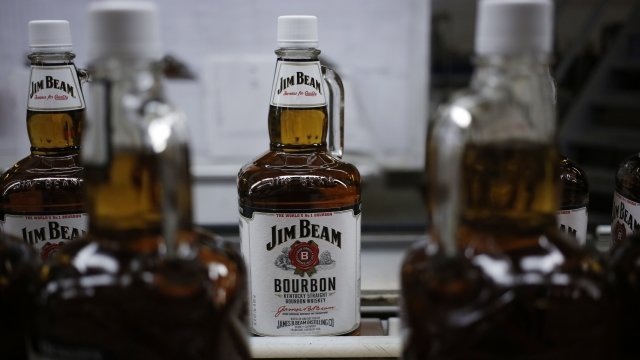 All this talk about trade wars and tariffs can be a little difficult to grasp for people who aren't fluent in global finance and economics. But those political and economic actions have pretty severe impacts on American industries.

To explain how severe those impacts could be, let's focus on one industry: bourbon whiskey.

Bourbon is unique to the United States because in order to even be considered bourbon, it needs to be made in the country. About 95 percent of the world's bourbon is produced in Kentucky, and in 2007 it was called "America's Native Spirit" by a Kentucky senator. 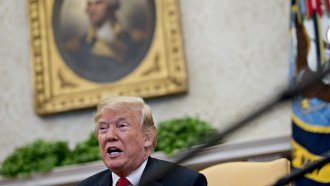 Because of this, it's no surprise that bourbon was targeted along with other uniquely American products for possible counter-tariffs.

Back in March, Reuters said that in response to President Donald Trump's proposal to impose global tariffs on foreign aluminum and steel, the president of the European Commission stated: "We will put tariffs on Harley-Davidson, on bourbon and on blue jeans — Levi's." 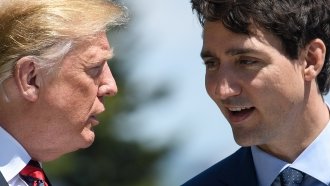 Trump At G7: US Will Stop Trade If New Deals Aren't Negotiated

But even without the counter-tariffs in place, some bourbon companies are already feeling the heat and losing business. An official from the American Craft Spirits Association told Time: "It's really American heritage that's being attacked here. We urge the EU and the U.S. to work together to fix this."