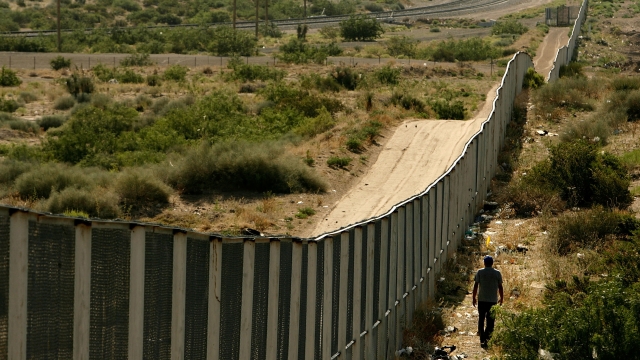 Thousands of asylum seekers are stranded at the southern border, as a new Trump administration policy took effect on Tuesday.

The policy ends asylum protections for most Central American migrants traveling through other countries to get to the U.S., making it harder for migrants to seek asylum. Instead, they would have to seek asylum in the country they're crossing before seeking asylum in the U.S.  The new rule includes some exceptions and doesn't affect those who are already in the U.S. and have already made an asylum claim.

This is all in an effort to curb the number of migrants seeking asylum in the U.S. In a statement, Mexico's government wrote it does not agree with "measures that limit access to asylum and refuge for people who fear for their lives or safety in their country of origin."

The Associated Press reports nearly two dozen immigrants were allowed to cross the U.S.-Mexico border Tuesday despite the new rule.

The ACLU filed a lawsuit Tuesday against the Trump administration in an effort to block the new rule. The ACLU argues the rule violates "domestic and international law."