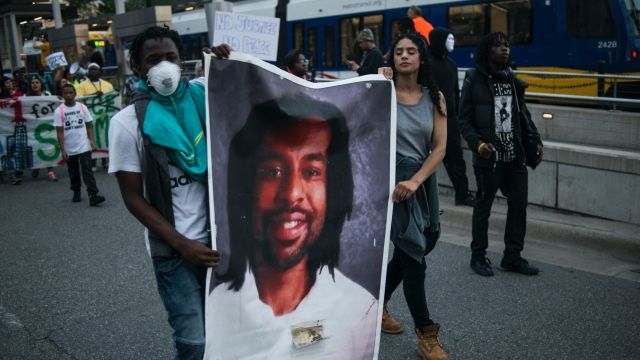 An estimated 2,000 people took to the streets in St. Paul, Minnesota, on Friday night to protest the verdict handed down to the police officer who fatally shot Philando Castile.

Officer Jeronimo Yanez was acquitted of one charge of second-degree manslaughter and two counts of dangerous discharge of a firearm.

The case drew national attention as Castile's girlfriend, a passenger in the car, livestreamed the aftermath of the shooting on Facebook.

Michael Slager entered the guilty plea in federal court Tuesday, a little more than two years after he was caught on camera shooting Scott.

Protesters marched on Interstate 94, blocking traffic in both directions. By the end of the night, 18 people were arrested, including some journalists.

The demonstrations were overall peaceful; the Minnesota State Patrol arrested protesters after they did not comply with orders to disperse.