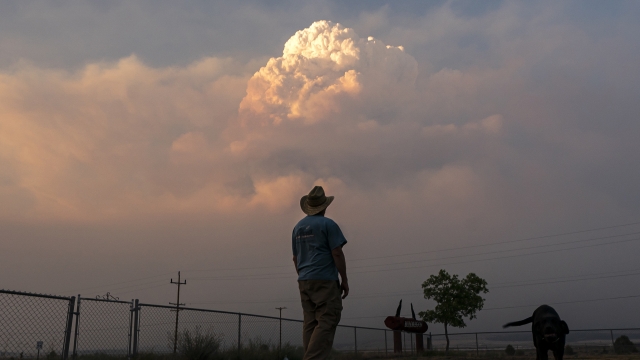 Wildfires that torched homes and forced thousands to evacuate burned across 10 parched Western states on Tuesday, and the largest, in Oregon, threatened a portion of California's power supply.

Nearly 60 wildfires tore through bone-dry timber and brush from Alaska to Wyoming, according to the National Interagency Fire Center. Arizona, Idaho and Montana accounted for more than half of the large active fires.

The fires erupted as the West was in the grip of the second bout of dangerously high temperatures in just a few weeks. A climate change-fueled megadrought also is contributing to conditions that make fires even more dangerous, scientists say. 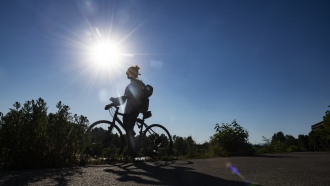 Heat Wave Linked To At Least 116 Deaths In Oregon

The largest fire in the United States was burning in rural southwestern Oregon. The Bootleg Fire — which has ravaged about 316 square miles, an area more than twice the size of Portland — threatened some 2,000 homes, state fire officials said.

It had burned about 21 homes homes as well as other minor structures, fire spokesman Daniel Omdal said Tuesday.Firefighters were struggling to build containment lines and hadn’t managed to surround any of the fire burning in the Fremont-Winema National Forest, near the Klamath County town of Sprague River.

The fire disrupted service on three transmission lines providing up to 5,500 megawatts of electricity to California, and that state's power grid operator asked for voluntary power conservation Monday evening.