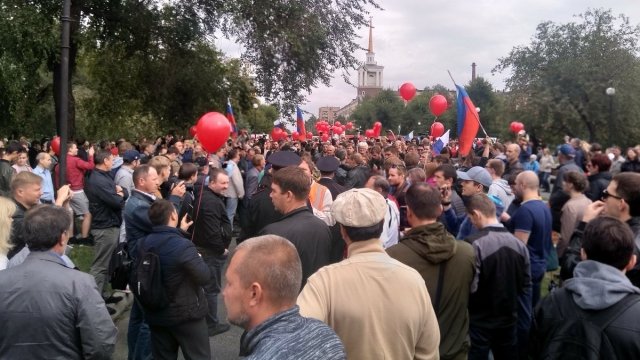 By Katie Cammarata
September 9, 2018
The proposed reform would gradually raise women's retirement age to 60 and men's to 65.
SHOW TRANSCRIPT

Thousands of Russians in more than 80 cities and towns protested proposed government pension reforms on Sunday.

The demonstrations coincided with some Russian regional elections.

The proposed reforms would gradually raise the retirement age for women to 60 and men to 65. It's been widely criticized because Russian unions say many men won't even live long enough to claim their pensions.

Opposition leader Alexei Navalny had planned to lead protests on Sunday but was detained and sentenced to 30 days in jail for breaking protest laws. Navalny reportedly said his arrest was an attempt to derail Sunday's planned protests.

A Russian political rights organization reports at least 291 people were arrested in an attempt to stifle protests on Sunday.