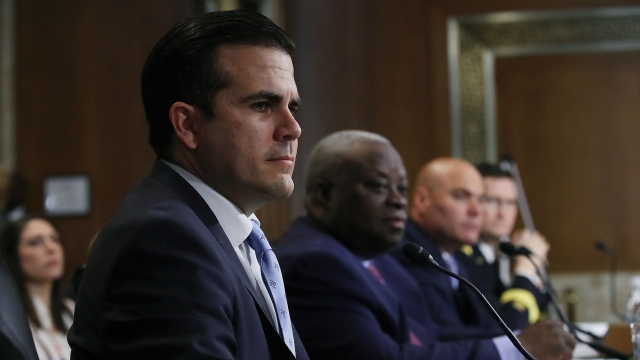 SMS
Protesters In Puerto Rico Demand Governor's Resignation
By Katie Cammarata
By Katie Cammarata
July 22, 2019
Puerto Rico's embattled governor is dealing with a number of scandals and his government is in the middle of a federal corruption investigation.
SHOW TRANSCRIPT

The day before, Roselló announced that he won't be seeking re-election next year, but he stopped short of resigning from the governor's seat.

"I admit that apologizing is not enough. Only my work will help restore the confidence of these sectors and lead to a true reconciliation. I announce that I will not run for re-election as governor in the next year. I'm also resigning the presidency of the New Progressive Party," Rosselló said.

Rosselló is dealing with a number of scandals, his government is in the middle of a federal corruption investigation, and he's facing criticism for the way his administration is handling Hurricane Maria recovery amid the island's massive debt.

For days, protesters have taken to the streets. There have been violent clashes between protesters and police.

San Juan's mayor said a crowd gathered outside Rosselló's mansion after his announcement Sunday, urging him to resign "or else."