Thousands Of Protesters Are Fed Up With US Military In Japan 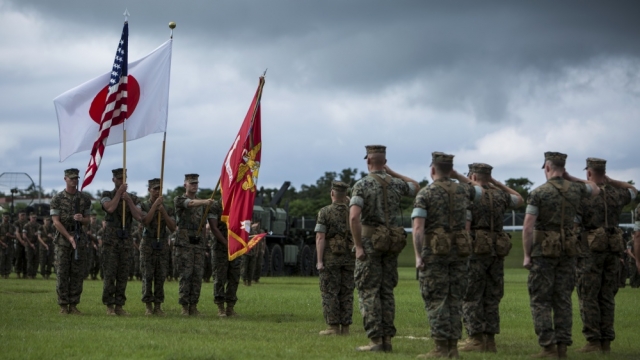 SMS
Thousands Of Protesters Are Fed Up With US Military In Japan
By Melissa Prax
By Melissa Prax
June 19, 2016
Tens of thousands of Japanese protesters are calling for U.S. military presence in Okinawa to be removed after a woman was raped and murdered.
SHOW TRANSCRIPT

Protesters want U.S. military presence in Okinawa, Japan, gone and are gathering by the tens of thousands to make their point.

Negative views of the U.S. military troops on the island heightened after an American civilian worker was arrested in connection to a local woman who was raped and murdered in May.

But opposing political parties that didn't attend and other lawmakers said the rally should be about remembering the woman's death, not about politics.

Okinawa has 26,000 U.S. military personnel stationed on the island. That's about half of all American military in Japan.

Those troops are currently in a monthlong "mourning period" over the rape and murder.

This video includes clips from U.S. Department of Defense, Asahi, ANN and NHK.