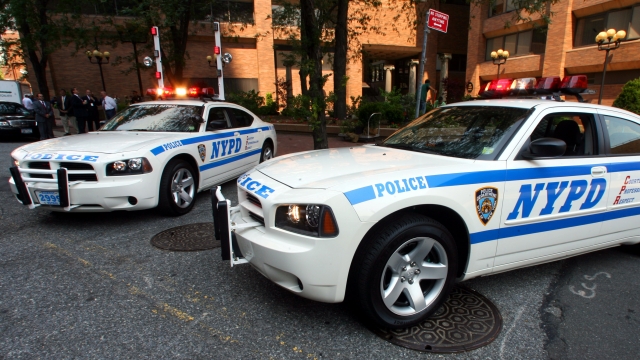 SMS
Thousands Of Police Agencies Stop Reporting Crime Data To The FBI
By Mark Greenblatt
By Mark Greenblatt
March 31, 2022
National reporting of crime data has taken a plunge, and that could have a big impact on policy decisions that tackle violent crimes.

Across the nation, murders have soared since the beginning of the pandemic.

But Newsy has discovered thousands of America's police agencies have stopped reporting crime incidents into the nation's premier crime database: The Uniform Crime Report. It's hampering efforts to understand why murders are up.

But he says with so many police agencies dropping out it will deal a big blow to reports that compare things like violence against women from state to state.

"This information isn't just egghead data that gathers dust on some researcher's shelf. It has real world implications," says Sugarmann. "It reveals the types of weapons used in Black homicide, victimization, and Latino victimization, and tells us 'What's the relationship between victim and offender? Where are these attacks happening? What's the age of those who are being victimized?'"

In the fall of 2020, the FBI told Newsy it would get tough with a deadline and stop collecting information on every crime that took place after Jan. 1, 2021, for any of the many local agencies - such as the NYPD, that had not transitioned to its new online crime reporting system, called NIBRS.

Back then, the bureau forecast a 75% participation rate from the nation's police agencies by the end of 2021.

But this week, the FBI acknowledged to Newsy the participation rate stands at only 62.6%, or far below forecasts. And just look at the resulting data loss:

Updated numbers the FBI released to us Thursday, show only 11,920 police agencies remain for 2021.

"It was simply a mistake for the FBI to require local agencies to abandon this system they had been using for decades," said Dr. Rick Rosenfeld.

Rosenfeld is the past president of the American Society of Criminology, and he says loss of so much information about crime across the U.S. is especially troublesome for 2021.

"We're talking about a year in which there's widespread concern and quite sound evidence that homicide rates in particular, but also gun violence rates more generally went way up," said Rosenfeld.

The FBI blamed the lower-than-expected participation in NIBRS on "technological challenges and loss of agency personnel necessary to complete the transition."

The bureau says it made a 'no-cost' NIBRS reporting solution available to local agencies last April. But so far, too few have signed up.

The Bureau of Justice Statistics tells Newsy that some local agencies who continue to fail to join NIBRS could get cut off from access to some federal funding.

"Certain federal grant programs rely on crime data reported to the FBI's UCR Program as the basis for funding eligibility. DOJ and its components will follow applicable law and regulation when determining grant eligibility based on UCR crime data, which includes NIBRS," said Tannyr Watkins, a spokesperson for the Bureau of Justice Statistics.