Tens Of Thousands Of People Displaced After Dam Collapse In Myanmar 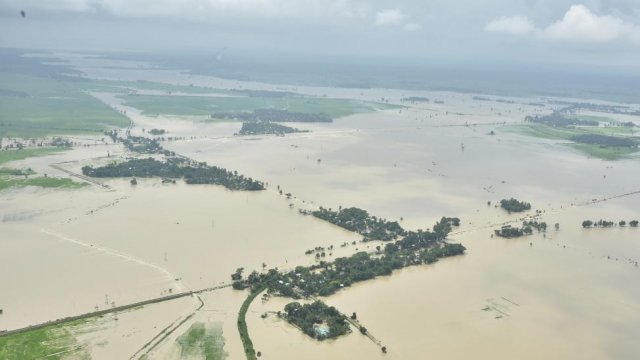 Tens of thousands of people are displaced after a dam collapsed in central Myanmar. At least one person is dead and six others are thought to be missing.

The dam broke early Wednesday morning. Flood waters in some parts of Myanmar are already reportedly receding, and some people are heading back to their homes.

Yearly heavy monsoon rains have already caused flooding to parts of the country and the region.

A dam collapsed in the neighboring country of Laos more than a month ago, leaving dozens of people dead and thousands homeless.