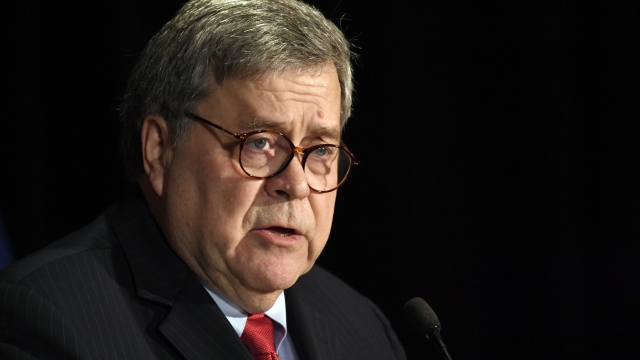 The statement accuses Barr of "repeated assaults on the rule of law in doing the President’s personal bidding rather than acting in the public interest."

Last week, the Justice Department announced it was dropping prosecution against Michael Flynn, who pleaded guilty in 2017 to lying to the FBI during Robert Mueller's Russia probe. However, Flynn's attorneys requested in January that his guilty plea be withdrawn, and Barr promised the case would be reviewed.

A DOJ filing says the department believed pursuing the case "would not serve the interests of justice" and that Flynn's statements, regardless of truthfulness, were irrelevant to the investigation.

President Trump has repeatedly called for Flynn's exoneration and praised the decision to drop the charges.