Thousands March In Chicago In Opposition To DACA Decision 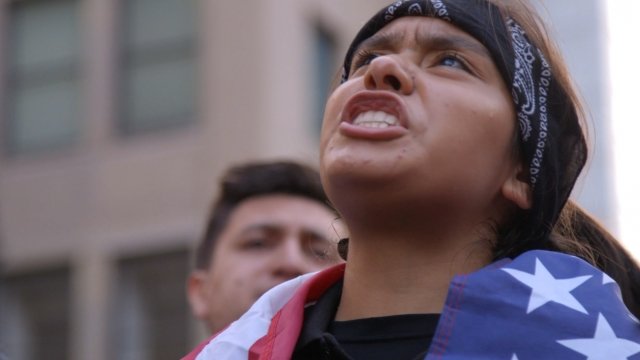 DACA is an Obama-era immigration program that allowed some undocumented immigrants to remain in the U.S.

Mateo Uribe Rios, an undocumented immigrant, marched while shouting through a bullhorn.

"Chicago is an immigrant town, OK? And this is something that we have to show to the administration currently right now," Uribe Rios said. "We're going to show that we're here for everyone, not just a few. We're not going to divide; we're going to unite."

Araceli Ornelas said: "I'm here to stand up for the people that can't defend themselves. The DACA people, the Dreamers, they can't come out here and put their voice out there in fear of losing their papers and everything."

The attorneys general of 10 states urged Trump to make a decision about DACA or face a legal challenge.

The Trump administration rescinded DACA but with a six-month delay for current recipients. The White House says it's now up to Congress to come up with a legislative solution before the March 5 deadline.