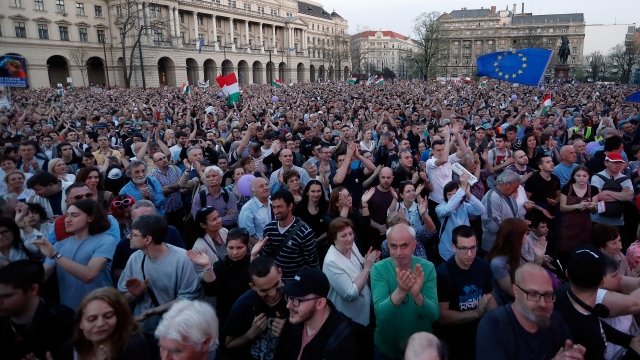 Tens of thousands of anti-government protesters took to the streets of Budapest, Hungary, on Saturday.

They called for a recount in a recent parliamentary election in what might have been the biggest opposition rally in several years. The demonstrators claimed newly re-elected Prime Minister Viktor Orban effectively stole the election with an unfair electoral system.

Earlier this month, Orban and his right-wing nationalist Fidesz party won two-thirds of the country's parliamentary seats with only about 50 percent of the vote.

When asked about the demonstrations, Orban reportedly said: "We won. That's it."

Although there was reportedly a large law enforcement presence, the demonstration was peaceful.