Thousands In Russia Protest Proposal That Would Raise Retirement Age 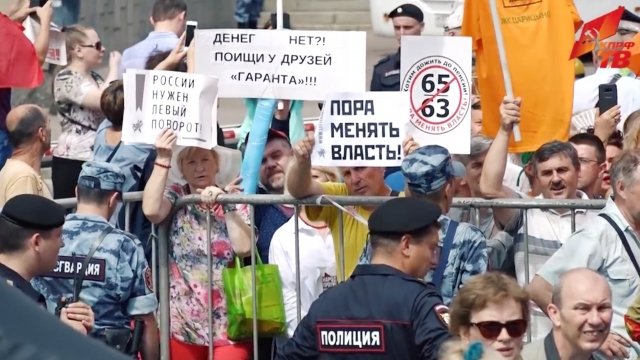 Thousands of people in Russia are protesting a government proposal that would raise the country's retirement age.

The proposal would gradually raise the retirement age for women to 63 and men to 65.

But there's a problem — Russian unions say many men won't even live long enough to claim their pensions.

Over the weekend, protesters in Moscow were seen holding signs that said, "We want to live on our pensions, not die at work."

Protests started after the Russian government announced the proposal on June 14. This weekend's rally is one of the largest ever pension reform protests in the country.