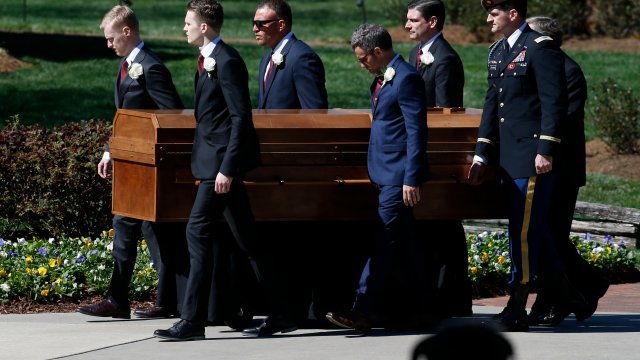 Over 2,000 people filled a tent in Charlotte, North Carolina, on Friday to honor iconic evangelical leader Billy Graham. The white tent was a tribute to Graham's tent crusade in 1949 that sparked his popularity and eventually led him to become "America's pastor."

The funeral guest list featured well-known evangelicals as well as more than 100 international religious delegates. Although it was private, President Donald Trump, first lady Melania Trump and Vice President Mike Pence were among those who attended the funeral. Trump met Graham at his 95th birthday party.

Following the funeral, Graham's casket was taken to a smaller service held for about 200 family members. Graham was laid to rest at the Billy Graham Library's prayer garden alongside his wife, Ruth, who passed away in 2007.