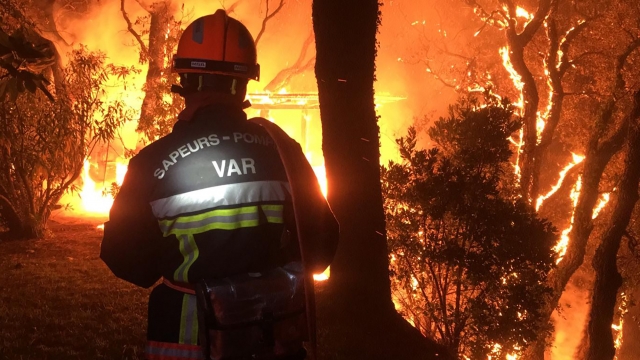 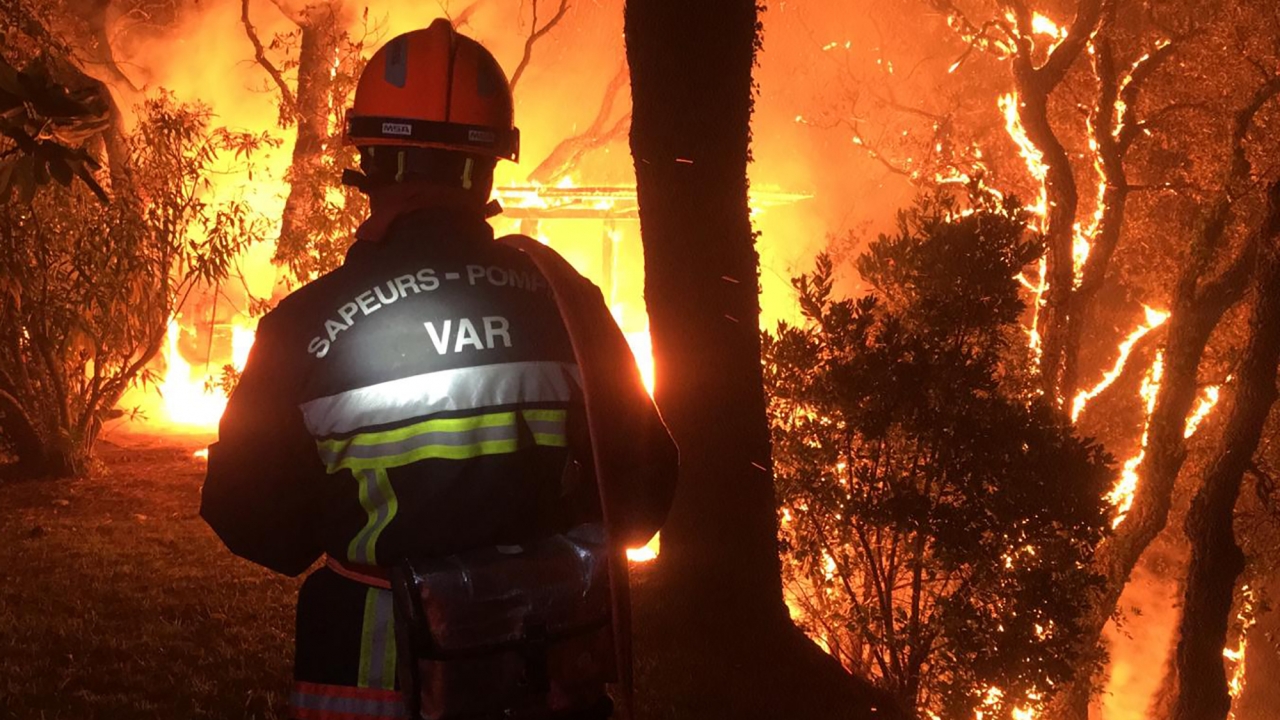 Thousands of people fled homes, campgrounds and hotels near the French Riviera on Tuesday as firefighters battled a blaze that raced through nearby forests, sending smoke pouring down wooded slopes toward vineyards in the picturesque area.

It was just the latest blaze in a summer of wildfires that have swept across the Mediterranean region, leaving areas in Greece, Turkey, Italy, Algeria and Spain in smoldering ruins.

The wildfire started Monday evening, in the height of France's summer vacation season, about 24 miles inland from the coastal resort of Saint-Tropez. Fueled by powerful seasonal winds coming off the Mediterranean Sea, the fire had spread across 12,000 acres of forest by Tuesday morning, according to the Var regional administration.

Some 6,000 people were evacuated from homes and a dozen campgrounds in the region prized by vacationers, while others were locked down in a holiday center for Air France employees. At least 22 people suffered from smoke inhalation or minor fire-related injuries, Var's top government official told broadcaster France Bleu. Two firefighters were among the injured.

Water-dumping planes and emergency helicopters zipped back and forth over hills lined with chestnut, pine and oak trees. Images shared online by firefighters showed black plumes of smoke leaping across thickets of trees as the flames darted across dry brush.

One evacuee told France-Bleu that smoke enveloped his car as he returned to his campsite and he had just enough time to grab his baby daughter's milk and basic belongings before fleeing. Another told BFM television about escaping as his hotel caught fire.

Local authorities closed roads, blocked access to forests across the region and urged caution. French President Emmanuel Macron, who has been vacationing in a nearby coastal fortress, was to visit the fire zone later Tuesday.

The regional administration warned that fire risk would remain very high through Wednesday because of hot, dry weather. Temperatures in the area have reached 104 degrees F in recent days.

Such extreme weather is expected happen more frequently as the planet is warming. Climate scientists say there is little doubt climate change from the burning of coal, oil and natural gas is driving extreme events, such as heat waves, droughts, wildfires, floods and storms.

Intense heat and wildfires have also struck countries around southern Europe and North Africa in recent weeks, with fires killing at least 75 people in Algeria and 16 in Turkey.

In Greece on Tuesday, hundreds of firefighters backed by water-dropping planes were battling a large forest fire that has led to the evacuation of a nursing home and several villages northwest of Athens.

Hundreds of wildfires have burned across Greece this month, fueled by the country’s longest and most severe heat wave in decades. Italy has also seen several fire-related deaths.

Also Tuesday, Israeli firefighters worked for a third consecutive day to contain a wildfire that has consumed a large swath of forest west of Jerusalem and threatened several communities.

Worsening drought and heat — linked to climate change — have also fueled wildfires this summer in the western United States and in Russia’s northern Siberia region.