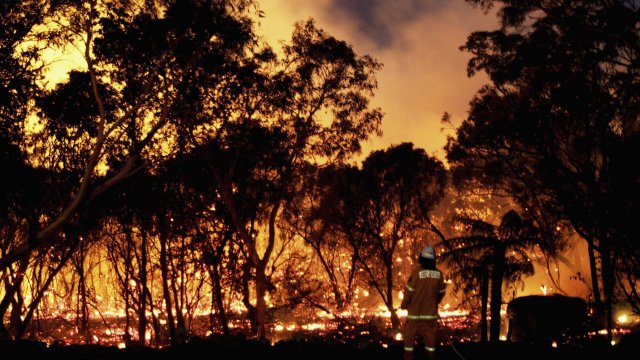 Tens of thousands of Australian residents in the popular tourist state of Victoria were evacuated as brushfires continue to rage. Residents in some remote areas of the state were told "it is too late to leave" and instead should "take shelter indoors immediately."

A volunteer firefighter died battling a blaze and two others injured when the truck they were in reportedly rolled over in high winds. A total of 11 people have died in this fire season.

Hundreds of thousands of people have signed a petition to cancel the New Year's Eve firework show in Sydney and instead use the $4.5 million being spent on the show to support firefighters or those affected by the fires. But Australian Prime Minister Scott Morrison said the show will not be canceled.

About 100 fires are still burning across the country scorching nearly 7.5 million acres.

Correction: A previous version of this story said fires burned about 7.5 acres. The story has been updated.