Thousands Expected To Gather For March On Washington 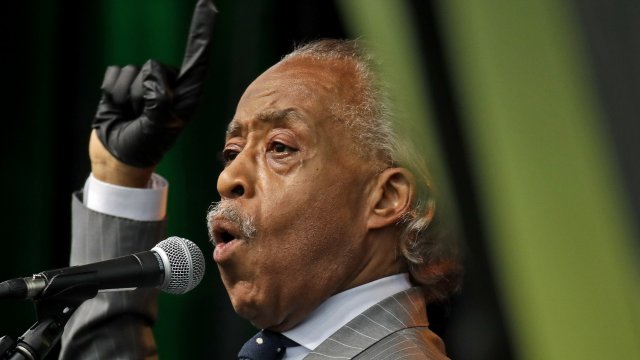 Thousands are expected to gather this Friday for a March on Washington — under strict coronavirus safety rules.

In a interview with The Associated Press, the Rev. Al Sharpton said: "The objective is not how many thousands of people will be [in Washington]," but rather, "the objective is to put on one platform, in the shadow of Abe Lincoln, the families of people that ... have lost loved ones in unchecked racial bias."

The march coincides with the 57th anniversary of Dr. Martin Luther King Jr.'s famous "I Have A Dream" speech. There is also a virtual march planned.

The police killings of George Floyd and other minority men and women set off a wave of protests against racial injustice over the summer. The shooting of Jacob Blake in Kenosha, Wisconsin, on Sunday has renewed outrage.