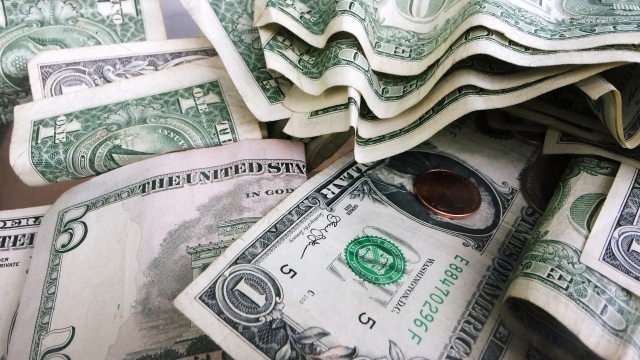 Fears of a U.S. recession are increasing weeks from a critical election that could be a referendum on President Joe Biden's approach to the economy.

An Associated Press-NORC poll shows the economy is top of mind for voters, ranking among the issues voters think will be most effected by the midterms' outcome.

"Majorities of Republicans and Democrats are deeply dissatisfied with the way things are going in the country and pessimistic about the state of politics," said Hannah Fingerhut, Associated Press reporter. "About seven in 10 say the outcome of this election will have a significant impact on the future of the country, and majorities also say it's going to greatly impact abortion policy and the economy."

Meanwhile, a new forecast from a Bloomberg model thinks a recession within the next 12 months is 100% certain. A more conservative estimate comes from Bloomberg's survey of 42 economists predicting a 60% probability, which is still up from 50% earlier this year.

"I mean, how much more can people spend?" said Rana Foroohar, author of "Makers and Takers." "I think that the rubber is about to hit the road there."

White House Seeks To Fend Off Recession Fears Ahead Of Elections

In a new survey, economists predict a 63% chance of a recession in the next 12 months, up from 49% in July.

Global instability is furthering fears of a downturn, as war rages on in Ukraine.

"The two coming together where a political crisis effectively causes an economic one, which then government has to try to bail itself out from, I think it's pretty well without parallel," said Tony Travers, professor at London School of Economics.

Still, some experts say the economy is roaring with life.

The U.S. unemployment rate sits at 3.5% — still among the lowest seen in decades. The U.S. housing market, while cooling, is still competitive, and consumer spending is still up even amid rising interest rates from the Federal Reserve. Major banks have reported jumps in spending on credit cards in the third quarter of the year.

Nonetheless, financial advisers think it's wise to be prepared and encourage Americans to stockpile a safety cushion if a downturn begins.

"We all come from different backgrounds, we all have different relationships with money, but you've got to be able to get your mindset right and know that money will do what you tell it to do, unless you tell it to do nothing and then it will be gone," said Dale Smothers, wealth adviser.