'Thor: Ragnarok' Takes No. 1 During A Strong Weekend At The Box Office 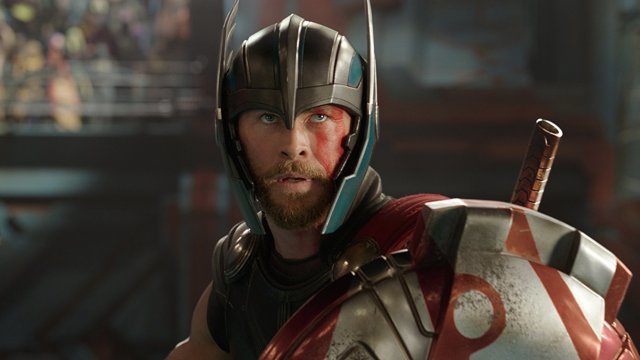 SMS
'Thor: Ragnarok' Takes No. 1 During A Strong Weekend At The Box Office
By Jamal Andress
By Jamal Andress
November 12, 2017
After a particularly sluggish summer box office, moviegoers finally showed a little enthusiasm for the multiplex this weekend.
SHOW TRANSCRIPT

Holding on to the top spot and continuing to dominate the box office this week is "Thor: Ragnarok," bringing in an estimated $56.6 million in its second week out. As with most Marvel films, "Ragnarok" has quickly pushed past half a billion dollars worldwide, but things could slow down next week.

At least that's what DC Studios and the folks at Warner Bros. are hoping for. Even though "Batman v Superman" and "Suicide Squad" were reviewed poorly, they did have huge box-office debuts, so we'll have to wait and see how "Justice League" fares with moviegoers next week.

Taking second place this week is "Daddy's Home 2," bringing in a solid $30 million in its first week out. That's less than the original "Daddy's Home" debut, but not by much.

"Daddy's Home" opened with $38 million but managed nearly a quarter of a billion dollars worldwide over the course of its box-office run. That's a great return on investment for just about any comedy feature film.

"Daddy's Home 2" is following the same formula — depending on its two major stars and and the strength of the original film to hopefully make people overlook its god-awful Rotten Tomatoes score.

Finally, at No. 3 is a classic whodunit starring a very distracting mustache. "Murder on the Orient Express" brought in an estimated $28 million in its debut. Add that to the foreign box-office take of $57 million, and you get a very impressive opening weekend.

Since "Murder on the Orient Express" was first put on the silver screen in 1974, it's been adapted four times for TV and radio.  And like most classic stories, it's always hard to live up to the original.

"It's a dazzling 'meh.' ... If you have seen or plan on seeing the ‘74 version, that one, I think, really delivers on all the levels that this movie doesn't quite," Alonso Duralde said on What the Flick?!

As for next week, I'm hoping for the best but preparing for the worst.