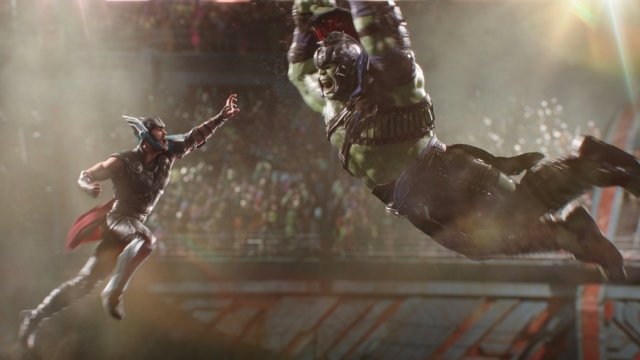 We can all agree Thor's standalone movies were the least exciting, right? Well, if you ever needed a story of redemption, here it is.

Taking the No. 1 spot this weekend (easily) is "Thor: Ragnarok," bringing in an impressive $121 million in its first weekend out. That's far and away the best debut for a standalone Thor film, and it's one of the best openings of 2017.

It's better than the debuts for "Spider-Man" Homecoming" and "Wonder Woman" but not quite as big as "Guardians of the Galaxy Vol. 2."

But this huge domestic debut is just padding for the already huge pile of box office money. "Thor: Ragnarok" has made more than $300 million overseas in the past 10 days — pushing the worldwide total past $427 million.

"Thor: Ragnarok" will likely bring in more money in a month than the original "Thor" made in total at the box office.

And while the Marvel Cinematic Universe films seem to do well at the box office regardless of quality, the positive buzz surrounding "Ragnarok" can't be ignored.

"This movie is a total blast. This is the most fun I've had since the first Guardians movie," Christy Lemire said on "What the Flick?!"

"There's a lot of fun, a lot of silliness. I love the direction from [Taika] Waititi," Matt Atchity said.

"Thor: Ragnarok" held firm at a 93 percent approval rating on Rotten Tomatoes for nearly two weeks before its release, and since the film debuted, it's continued to win over fans. 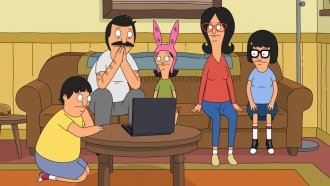 Taking the No. 2 spot is "A Bad Moms Christmas," earning an estimated $21.6 million in its first week out. That's just a hair behind the original "Bad Moms" debut, but what's really important for this film is how it plays in the coming weeks.

The original "Bad Moms" showed incredible box office legs after its debut, eventually grossing $113 million on a $20 million budget. "A Bad Moms Christmas" is in a similar spot, but we'll have to wait and see if this sequel has the same magic as the original.

Dropping to No. 3 this week is "Jigsaw," bringing in an estimated $6.7 million in its sophomore weekend.

As for next week, Will Ferrell and Mark Wahlberg star in "Daddy's Home 2."