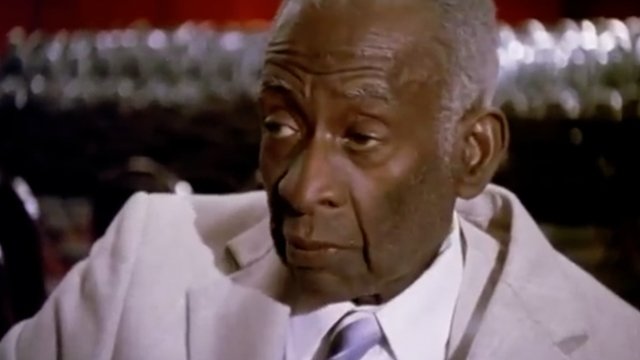 SMS
How Thomas Dorsey Used The Blues To Become The 'Father Of Gospel'
By Christian Bryant
By Christian Bryant
May 9, 2018
Dorsey, best known for his song "Take My Hand, Precious Lord," is being inducted into the Blues Hall of Fame for his work as a blues musician.
SHOW TRANSCRIPT

One of the most influential figures in gospel music is being honored by an organization dedicated to preserving blues heritage.

Thomas A. Dorsey — the so-called "father" of gospel music — is among this year's inductees into the Blues Hall of Fame. He joins the ranks of musicians like B.B. King, Sister Rosetta Tharpe and Ray Charles. He died in 1993.

Dorsey, who went by Georgia Tom Dorsey and Barrelhouse Tom, was a blues piano player earlier in his career. According to NPR's Paul Brown, Dorsey straddled musical genres from an early age.

"Thomas A. Dorsey vacillated between secular and sacred music throughout his life," Brown said. "He grew up with the traditional hymns and spirituals of the Baptist church, but he also enjoyed the music he heard in bars and bordellos in his hometown of Villa Rica, Georgia."

Eventually, Dorsey said the business of playing the blues was waning and he had a "spiritual change" that led him to focus on gospel music. He began weaving that blues influence into his gospel compositions.

"He introduced the so-called jazz cadences and rhythms of popular music into the gospel idiom," Rev. Wyatt Tee Walker said.

Dorsey might be best known for penning the gospel song "Take My Hand, Precious Lord," which was made popular by Mahalia Jackson. That song was a favorite of Martin Luther King Jr. It was one of his last requests for an upcoming rally before he was assassinated in 1968.

Dorsey was well-regarded in gospel circles, but he received some pushback early on for his bluesy style of gospel music. Dorsey believed there wasn't anything wrong with the blues but said some people looked down on the genre because it was played in secular environments like bars or clubs.

Dorsey defended the genre in Living Blues magazine in 1975: "There's just as great a message in the blues as it is in gospel. It depends on the position in which the individual is in."