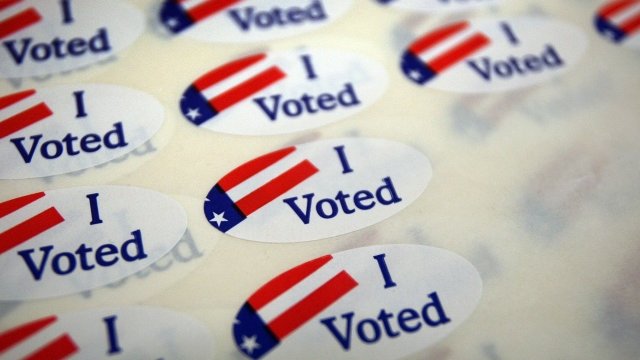 SMS
This Website Suggested 170 Dead People Were Voting In Ohio — Not So
By James Packard
By James Packard
August 24, 2018
A website claimed there are 170 people over 116 years old on Ohio's voter rolls. That's not those people's actual ages.
SHOW TRANSCRIPT

An article from a website called American Journal Review claimed there are "major signs of voter fraud" in Ohio. It tries to back that up by suggesting people are impersonating dead voters at the ballot box to vote illegally.

The article notes that 170 voters in Ohio were listed as older than 116. It insinuates those people are dead, but their names are being used nonetheless to cast votes in elections.

Those people are very likely alive. And very likely not 116 years old. Before 1974, Ohio didn't require people to give their date of birth when they registered to vote. According to state officials, anyone who registered before then could have a placeholder birth date listed. In fact, almost all of the 170 voters listed as 116 or older have one of three birthdays listed: Jan. 1, 1800, Jan. 1, 1900 or Jan. 1, 1901.

So, yeah, there are a bunch of people listed as 116 or older on Ohio's voter rolls. But that doesn't mean that's their real age, and it certainly doesn't constitute a "major" sign of voter fraud.