This Thanksgiving Will Be Busiest For Air Travel In 8 Years 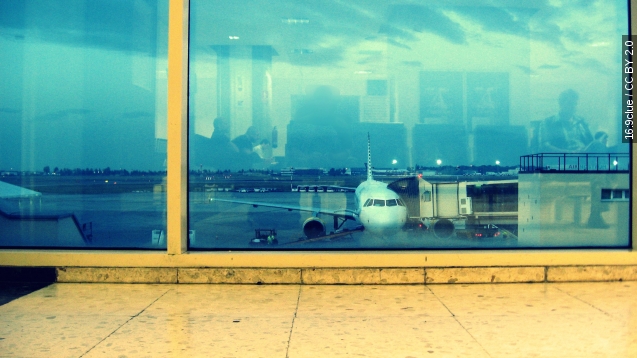 Buckle up and prepare for takeoff, Thanksgiving fliers! There will reportedly be more travel on U.S. airlines around the holiday this year than there's been since the Great Recession.

According to airline advocacy group Airlines for America, around 25.3 million people will be flying from Nov. 20 to Dec. 1, with 10 percent of those passengers flying either to or from the U.S. (Video via TSA)

The number of passengers will range from 1.4 million to 2.7 million each day. And you've been warned — Nov. 25, 29 and 30 are expected to be the busiest dates at the airport.

But A4A's vice president and chief economist said in a statement the airline industry is ready for the surge, "As competition continues to boost schedules and drive down airfares in 2015, customers are seeing more opportunities to fly during the holiday season." (Video via TSA)

Lower fuel costs are also allowing airlines to accommodate for the growth. And, as a result, they're seeing an economic boost and spending more on employee benefits. (Video via Airlines for America)

And that's good news for passengers, too. The increase in demand and lower fuel costs for airlines could mean bigger, newer planes; more in-flight entertainment and Wi-Fi options; and even better food.

But that doesn't mean travel will be cheap. Orbitz told USA Today the average price of Thanksgiving airfare to the top 10 travel destinations will run passengers $369.