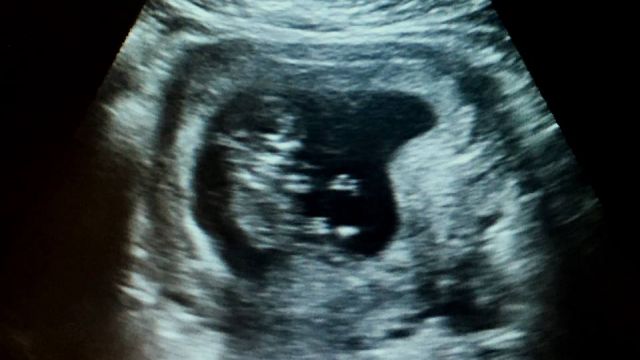 SMS
This Soon-To-Be Dad Reveals What It's Really Like To Try To Conceive
By Katie Link
By Katie Link
May 25, 2016
About 1 in 9 American couples struggle to conceive. A Cincinnati man's candid Facebook post describes the struggles he and his wife faced.
SHOW TRANSCRIPT

For millions of Americans, getting pregnant isn't easy. According to the Centers for Disease Control and Prevention, about 1 in 9 couples struggle to concieve.

Dan Majesky and his wife, Leah, were a part of that statistic for a long time.

But after more than three years of trying, the couple is finally expecting. Majesky posted this photo of his wife's sonogram. Although it's a little hard to make out what's what, he wrote: "We are pregnant. ... Arms and legs and moving around. We're very excited, but I'll be holding my breath for 26ish weeks."

Majesky's Facebook post wasn't like any other typical baby announcement taking over your feed; the dad-to-be went into detail about the infertility struggles he and his wife faced, hoping "maybe this helps someone else feel less alone."

He described the rounds of medical visits, different hormone therapies, failed pregnancy tests and the emotions that came with each step.

One of those emotions — jealousy.

Perhaps the most devastating part of the process for Majesky and his wife — hearing a heartbeat one day, and not the next. He wrote, "People lose babies all the time. Miscarriage. But no one talks about it. No one gets on Facebook and tells their friends."

The dad-to-be's sincere honesty could be why this Facebook post has been shared thousands of times in the past few days.

Majesky acknowledged many couples have faced even tougher obstacles in their quest to start a family and said, "I hesitate to share this because I don't want anyone to read this and feel what we felt, watching others' dreams come true."

But for the Majesky family, a dream is coming true. By the way — it's a girl, and she's due in November.