This Solar-Powered 'Sterile Box' Could Give The World Safer Surgeries 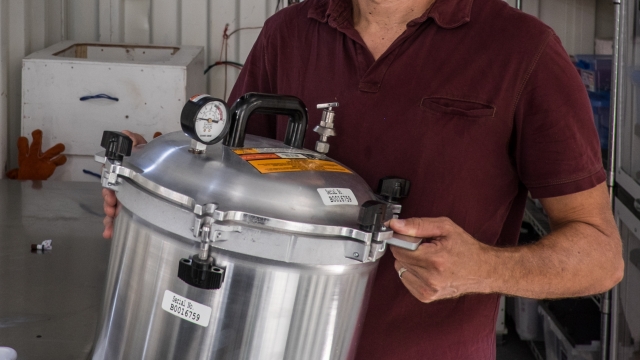 "This is called the Rice Sterile Box, and we're an off-grid sterile processing unit," Doug Schuler of Rice University said.

Even with the right doctors in place, many areas don't have clean enough water for safe surgeries.

But what started out as a shipping container for researchers at Rice University could be a solution to that problem. The container can now filter water from sand and gravel and sanitize surgical instruments in an autoclave, an instrument that uses high-pressure chemical reactions.

"We originally designed this not to use any power at all, or very minimal power. We morphed on to a solar PV solution. And probably the big benefit of solar PV solution is we have some electricity for non-sterilization factors, like charging cell phones and laptops," Schuler said.

The researchers note roughly one-third of patients in low-resource settings develop infections at surgical sites. In developed countries, the figure is close to 4 percent.

And more than three-quarters of a billion people across the world don't have access to water sources protected from outside contaminates.

The original purpose of the project was reportedly just to make a sustainable autoclave to sterilize the equipment. But one of the study's authors said the solar-powered box now tackles the whole problem.

"The proof is going to be when we take it into the field and evaluate it, and make sure that it works," one of the study's authors said.