Humans Suck At Recycling; That's Why This Robot Exists 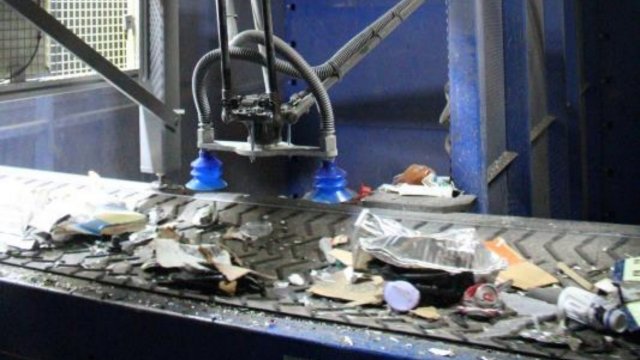 Humans aren't very good at recycling, so one company is building a robot to do it for us.

The robot, nicknamed "Clarke" and developed by AMP Robotics, will use artificial intelligence to automatically recognize and sort food and beverage cartons. Clarke currently has a pickup rate of 60 cartons per minute, which will help divert recyclable waste from going into landfills.

AMP Robotics has also programmed Clarke to identify contaminants in recycling facilities. Doing so prevents the degradation of recyclables, which is a major issue in the recycling industry. 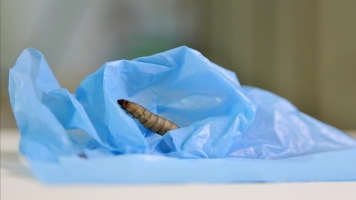 For the future, Clarke can also learn to recognize other materials like plastic, and everything it learns can be transferred to robots at other material recovery facilities. Developers hope this will be a cost-effective way to sort recyclables.

That's good news for the planet. In 2014, the Environmental Protection Agency said the U.S. landfilled almost 140 million tons of municipal solid waste. And a more recent report from The Recycling Partnership estimates U.S. households throw away over 800 pounds of recyclables annually that could otherwise be placed in a recycling center.

AMP Robotics and other recycling groups hope that artificial intelligence will help this issue — at least on the end of recycling facilities. Though Clarke is the first AI-powered robot waste sorter in the U.S., the technology has already been tested in Finland and Spain, and experts are optimistic the technology will expand the recycling industry.