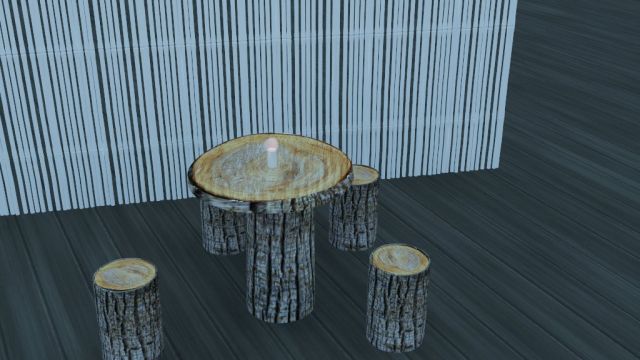 The Bunyadi in central London isn't open yet, but thousands are on the waiting list.

There's a naked bike ride in Australia. A topless march in New York City. And soon the world will have a naked restaurant.

The Bunyadi will be a pop-up restaurant in central London for people who love nakedness.

The Bunyadi was created by London-based collective Lollipop, which develops unique experiences for the community. One of its previous pop-up adventures opened the doors to a "Breaking Bad"-inspired cocktail bar in an RV.

But this new venture is about more than just dining in the buff. Lollipop founder Seb Lyall said, “We believe people should get the chance to enjoy and experience a night out without any impurities: no chemicals, no artificial colours, no electricity, no gas, no phone and even no clothes if they wish to."

Those who want to try out the food but keep their clothes on will be welcome too. The location will be split into two sections, allowing the more modest diners to enjoy their food surrounded by like-minded folk.

Apparently, the concept of dining in your birthday suit is popular. More than 14,500 people are on the waiting list to buy tickets. But whether you decide to dine dressed or undressed, there is one important rule — no photography allowed.

This video includes images from Getty Images and The Bunyadi.