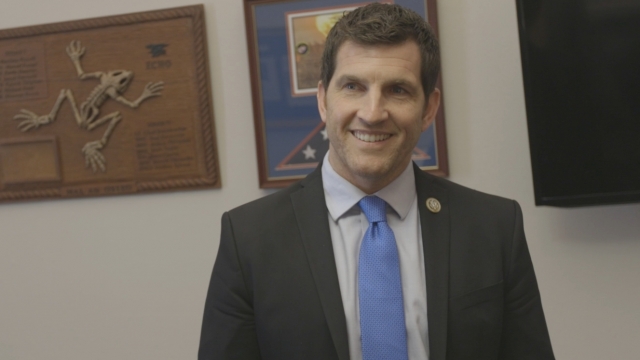 "In leading and doing this, it gives other Republicans a chance to come out, who agree with this. Come out of the closet if you will," said Rep. Scott Taylor of Virginia.

Taylor has been in Congress only since January and has already introduced his first bill: House Resolution 1447. It would outlaw discrimination on the basis of sexual orientation or gender identity in the housing market.

"The consequence is this protects everyone, whether it's the LGBTQ+ community, the straight community so that everyone feels as though they won't be discriminated against in the most sacred place: their home," Taylor said.

The bill wouldn't require a huge change in law. It would just add the phrases "sexual orientation" and "gender identity" to the Fair Housing Act. But the impact could be substantial.

A 2013 federal report found same-sex couples are treated worse in online rental housing than their straight counterparts. Currently, only 22 states and Washington, D.C., have some kind of protection against sexual orientation discrimination; fewer protect gender identity. 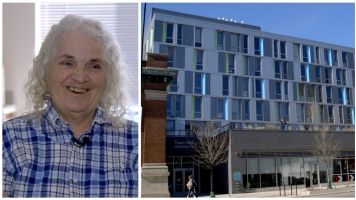 "People want change oftentimes, but when change comes too fast, they are like that's too much change. Get people on board and open that tent up, and then once people are in, you can work on some big things," Taylor said.

It's no secret protecting LGBTQ+ folks isn't really in line with average GOP orthodoxy. But Taylor doesn't care. He says things like who you love or your gender shouldn't divide us. A belief that comes from his time as a Navy SEAL.

"You don't care where you from, what color you are, who you love. Who cares! Can you pull my ass out of a firefight if I go down. That's what I care about. I certainly view life in that way, too," Taylor said.

It's hard to say if Taylor's bill can pass muster in Congress, but he's confident there are people who would have surprising support for this bill, thanks to his approach. As far as getting a signature from the president? Taylor, at least, is optimistic.

"I'm confident the president would sign something like this. Can't speak for him but I think he would," Taylor said.