This Plant Summons An Ant Army By Bleeding Nectar When Wounded 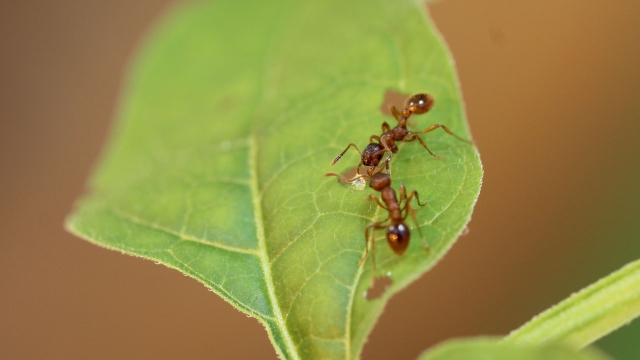 The bittersweet nightshade plant is the only plant we know of that attracts ants with nectar from its wounds.

Plants aren't always the innocent, harmless eye-candy we might think they are — the Venus flytrap is proof of that.

And researchers from the Free University of Berlin just added another sinister plant to the list: the bittersweet nightshade plant.

When the plant is wounded by herbivores or insects gnawing on its leaves, it effectively bleeds a sweet nectar that attracts ants. Those lured ants send encroaching leaf-eaters scurrying by biting and attacking them.

And because the "sweet blood" isn't linked to any other structures or functions of the nightshade, the researchers can confidently conclude attracting an ant army isn't some sort of beneficial side-effect — it's probably the whole reason the plant bleeds nectar.

To be clear, scientists have long observed other plants that basically create bug armies by luring them in with nectar or giving them shelter. But plant wounds that attract an ant army? That's new.