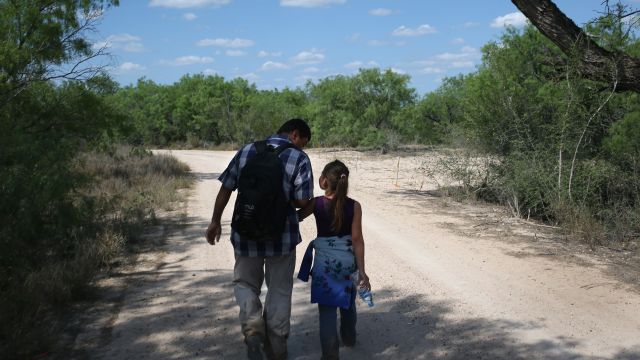 Up until now, the program has permitted unaccompanied Central American children to enter the country. Soon, siblings, parents and other caregivers might be able to join them.

One deputy homeland security adviser said in a press briefing Tuesday, "Our current efforts to date have been insufficient to address the number of people who may have legitimate refugee claims."

Most of these refugees are fleeing increasing violence and gang activity in El Salvador, Honduras and Guatemala and will now be able to seek temporary asylum in Costa Rica while undergoing a second round of security screenings.

The White House has also decided to expand the Central American minors program, which allows some children to be reunited with their parents who have reached the U.S. legally.

Prior to this decision, the government's main approach had been to discourage Central American migrants from making the dangerous journey through Mexico.

This video includes clips from Newsweek and The New York Times and images from Getty Images.