This Mother's Day, President Obama Reminds Us Of Our Diaper Duty 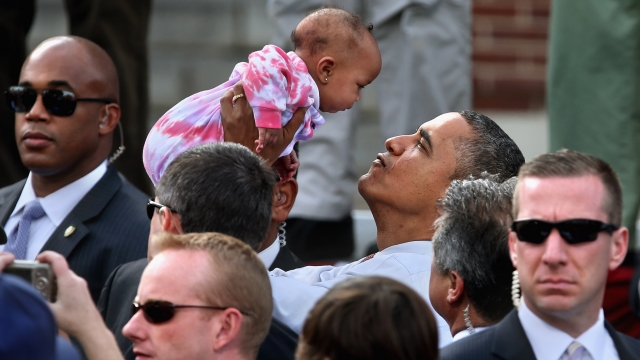 SMS
This Mother's Day, President Obama Reminds Us Of Our Diaper Duty
By Katie Link
By Katie Link
May 8, 2016
According to the president's post, 740 organizations have joined to help distribute millions of free diapers to those in need.
SHOW TRANSCRIPT

This Mother's Day, President Obama renewed his pledge to address the "diaper gap" in the U.S.

Back in March, the Obama administration launched an effort to make diapers more affordable to families in need. According to a White House blog post, nearly a third of American families struggle to afford diapers.

Diapers are expensive — the administration noted that low-income families spend more than $900 a year per child on diapers. The cost forces many to choose between "buying diapers and paying for food, rent or utilities like heat."

But unlike federal programs that help cover the cost of housing and food, there isn't a federal assistance program to help pay for the basic necessity that comes with having a baby.

So the White House coordinated the Community Diaper Program, which helps provide free diapers to low-income families. In the weeks since launching the effort, Obama reported in a Medium post that more than 740 nonprofit locations have partnered to distribute millions of clean diapers across the nation.

In his post, he wrote, "Whether a Republican or Democrat, in the private sector or in public service, we all have a role to play in keeping our families and communities strong."

We should note, Obama also used the post, and the holiday, to give a shoutout to all the moms out there — Michelle included.

This video includes images from Getty Images and clips from Pampers and Jet.