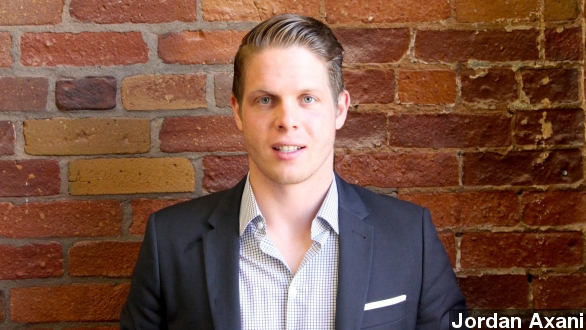 SMS
This Man Is Offering A Free Trip For Someone With Ex's Name
By Katherine Biek
By Katherine Biek
November 4, 2014
Jordan Axani planned a trip with his girlfriend, but they split. He's offering his ex's tickets to any woman with her name and a Canadian passport.
SHOW TRANSCRIPT

If there's anyone named Elizabeth Gallagher watching and you happen to have a Canadian passport ... you down for a free vacay?

A Toronto man named Jordan Axani recently posted on Reddit that he's looking for a woman named Elizabeth Gallagher to accompany him on a round-the-world trip starting Dec. 21.

Axani had planned on going on the trip with his girlfriend. But Then they broke up.

Since it takes a lot of work to get the name changed on all the tickets, 28-year-old Axani is looking for a woman with a Canadian passport who has the same name as his ex — Elizabeth Gallagher — to take her place.

On Reddit, Axani wrote: "I am not looking for companionship. ... Really the only thing I ask for is that you enjoy this trip and that it bring you happiness."

The 18-day trip sounds pretty remarkable. It starts in New York, then continues onto Milan, Prague, Paris, Bangkok and New Delhi before ending in Toronto.

As The Telegraph puts it, "Never before has so much been done to avoid the hassle and fee of changing a name on a ticket."

But it might actually work. CBC says several Elizabeth Gallaghers have already responded to Axani.

Their potential travel companion told Vice he works in real estate development but also does a bit of nonprofit work. And — no big surprise — he loves to travel. And he promises he's not a serial killer.

This video includes an image from Maps of World.