This Isn't Your Parents' 'Jungle Book' 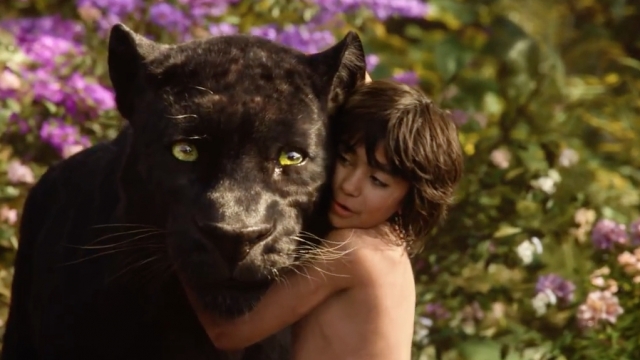 Or do get worked up. Disney's "The Jungle Book" is raking in so many positive reviews, it's wilder than the animals of the Indian jungle.

The 2016 interpretation still follows Mowgli's wilderness adventure and, as of Friday, already had a 94 percent rating on Rotten Tomatoes, which is 8 points higher than the 1967 animated musical. Today's version is a modern CGI marvel, but don't call it a cartoon.

"The original was like, a G-rated musical that was more for kids. And this, we made it a PG movie. It's more of an adventure. It's exciting. The animals are real. So, there's scary moments, but there's humor. It really, hopefully covers all the ground in the Disney tradition," director Jon Favreau explained.

The movie ups the ante not only for Disney, but for film in general. Here's why you need to buy into the hype.

First, the film embraces cutting-edge technology. Think "Avatar" quality but on steroids. The film's overall visual effects supervisor told The Hollywood Reporter: "The computers are faster and better. We did some extra things on how you could touch the animals," adding it's "totally photo-real so it feels like you take the journey in a traditional way."

It's so real, seeing it in IMAX is likely less recommended for the scared-y cats.

Second, you get to meet 10-year-old Neel Sethi — the lone human face in the entire movie. The Atlantic says the newcomer "is good if not indelible." It looks like he's got the bare necessities needed to cut it in this movie filled with A-listers like Christopher Walken, Ben Kingsley and Bill Murray.

Finally, "The Jungle Book" doesn't just have a message for the tiny tots; it could also be insightful to parents.

A columnist for The Washington Post wrote that the film reminded her to make more room for "yes" in her kid's life, writing: "If we raise kids thinking the old ways are the only ways, they'll never discover new ones. We need to stop training our kids out of all their tricks."

You can see all the tricks in "The Jungle Book" when it hits theaters nationwide April 15.

This video includes clips from Disney and images from Getty Images.