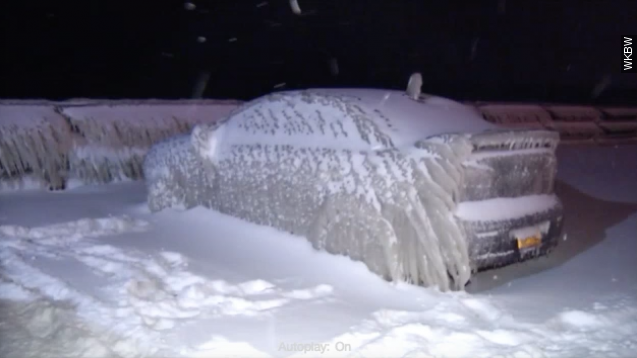 Well, this is a rather awkward situation. When a man in upstate New York parked his car next to Lake Erie overnight, he probably didn't take the weather into account.

But he should have. Thanks to freezing temps, strong winds and water, 24-year-old Justin Yelen's Mitsubishi is now an ice sculpture.

"See my paint, that's how it was last night, like on that side. Then when I woke up this morning, different story," Yelen said.

After photos of the car went viral, our partners at WKBW tracked down the car's owner, who is now just praying for summer to come and thaw his car.

"It was a Mitsubishi Lancer. Currently I don't know what state it's in," Yelen said.

For now, Yelen has to catch rides with his parents. But hey, at least he's saving gas.