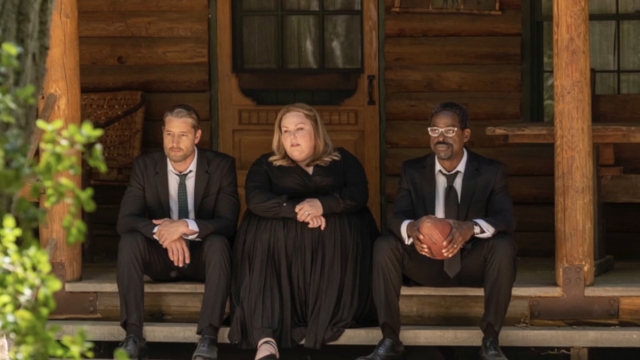 SMS
'This Is Us' Is Over: Why Audience Grief Can Feel So Real
By Casey Mendoza
By Casey Mendoza
May 24, 2022
The tear-jerker TV series, "This Is Us," has come to an end, and so has the relationship some viewers felt with the characters.

This is the end for "This is Us" — a series that for six years connected audiences with the dramas and tragedies of the Pearson family.

The series’ penultimate episode mourned the loss of a major member of the family, and the tearjerker garnered 5.3 million viewers.

Fans who have welcomed the Pearsons into their living rooms for six seasons “mourned” at home and on social media.

It may sound silly to “grieve” over people that never existed in real life, but think about it this way: Fans get to know characters over years of watching a TV show, reading a book or playing a video game.

An expert told HuffPost in 2015: “You’re exposed to different aspects of the characters’ lives — their losses, their loves, and their own griefs, everything that goes into the human condition — and you eventually begin to empathize with them and form an attachment.”

This attachment is called a parasocial relationship: one sided, but deeply emotionally resonant.

In 2019, researchers found that viewers “actively utilize fictional narratives of death for reflecting on personal loss; contemplating unexperienced situations and feelings, and more generally, coping with the prospect of death.”

In a farewell tweet, star Mandy Moore used a line from one of the last episodes to explain it another way: “The way I see it, if something makes you sad when it ends, it must have been pretty wonderful when it was happening.”