This Is How ISIS Makes Money 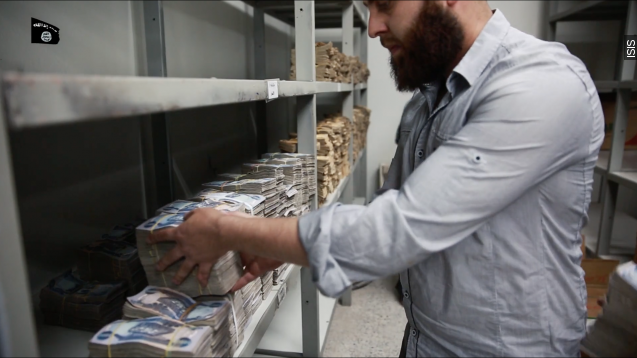 SMS
This Is How ISIS Makes Money
By Jake Godin
By Jake Godin
October 8, 2015
New documents reveal just how ISIS makes money in one of its provinces in Syria.
SHOW TRANSCRIPT

ISIS makes a lot of money. But where does it all come from?

There was a lot of guesswork in the past. But newly revealed documents detail exactly how ISIS makes its money in eastern Syria.

In total, ISIS made $8,438,000 in one month. The majority of that came from confiscating property and money from Syrians.

The bulk of what ISIS made in Deir ez-Zor was spent on its fighters. After that was money for bases and whatever it spent on state services.