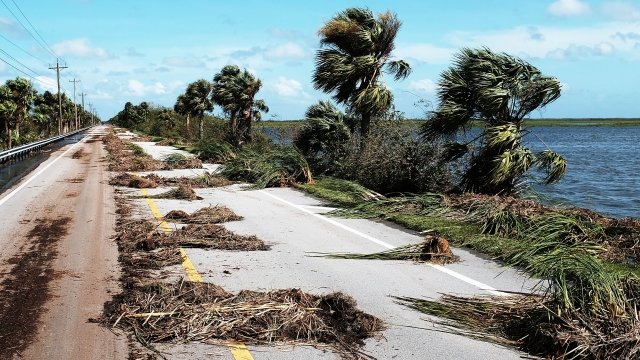 SMS
This Hurricane Season Is As Unusual As The Huge Storms Themselves
By Tyler Adkisson
By Tyler Adkisson
September 19, 2017
Hurricanes Irma and Harvey are tumultuous, but projections for the rest of this hurricane season suggest it could get worse.
SHOW TRANSCRIPT

The 2017 Atlantic Hurricane Season is in a league of its own. Irma is now the strongest Atlantic storm on record, while Maria is the first Category 5 storm in recorded history to make landfall on the country of Dominica.

But the weirdness doesn't stop with these storms. They're only part of this year's unusually active hurricane season.

The season normally starts June 1 and ends Nov. 30. But this year marked the first time since 2003 it started in April, with Tropical Storm Arlene.

The National Oceanic and Atmospheric Administration did expect "above-normal" hurricane activity this year, but the 2017 Atlantic season is becoming one of the more historic on record. We've already seen 13 named storms and seven hurricanes. 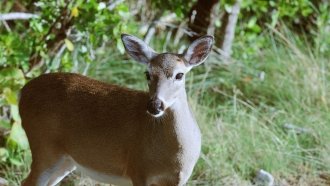 That's a lot of activity for the Atlantic, which averaged 12 named storms and six hurricanes per season from 1981 to 2010. And since the mid-19th century, only eight other seasons had seven or more hurricanes by mid-September.

And we've only just started what NOAA calls the "season within the season"; that's the eight weeks when tropical cyclones are most active and dangerous. Over three-fourths of tropical storm days and nearly all major hurricane days happen during this time.

Experts say we could have as many as 19 tropical storms by the end of November; that would tie the third-most active Atlantic season on record.