This Historic Church Is Joining The Confederate Flag Debate 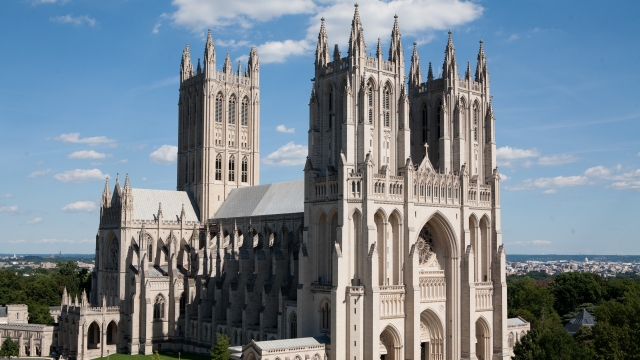 A famous cathedral in Washington, D.C., plans to remove images of the Confederate flag from its stained glass windows.

One of America's most famous and historic churches is joining the Confederate flag debate.

The Episcopal church says, for now, only the flags will be removed –– not the windows themselves.

The Confederate banners will be replaced with plain glass while church leaders debate the images of the Confederacy, as a whole, over the next two years.

Shortly after the church shooting in Charleston, South Carolina, a year ago, the Washington National Cathedral's dean first called on the church leadership to remove the flags.

He told NPR at the time, "It seemed to me that we couldn't with credibility address the race agenda if we were going to keep the windows in there." But he also said the cathedral "tells the story of America" and that the windows are meant to "tell that story in all of its complicated fullness."

Last November, St. Paul's Episcopal Church in Richmond, Virginia, which is actually known as the "Cathedral of the Confederacy," began taking out all of its Confederate flag images.